Jefferson Avenue, between Tompkins and Throop will be getting a new name soon: “Bertram L. Baker Way,” in honor of the former Bed-Stuy assemblyman and Brooklyn’s first black politician, the late Bertram L. Baker.

The proposal had been submitted to Community Board 3 in 2009 by the Jefferson Avenue TNT Block Association, which represents Bertram Baker’s former block.

The community board approved it and then forwarded the measure on to Council Member Al Van who included the proposal in an omnibus street co-naming bill with 66 other streets around New York City. The City Council voted on and approved the co-naming on December 9, 2010.

“Bertram Baker pioneered the way for black Brooklyn elected officials, such as myself,” said Vann. “I followed in his footsteps when I represented the offshoot of his district during my years in the New York State Assembly. The co-naming of his former block in his honor is well deserved. Bedford-Stuyvesant should be proud and hopefully all of our children will know the name of Bertram Baker and why Jefferson Avenue bears his name.”

The co-naming and celebration of the 125-year-old block will take place Saturday, July 16th, on Jefferson, between Tompkins and Throop at 3:00pm, during the block party celebration, which lasts from 12:00pm – 6:00pm.

The late Baker’s granddaughter, Diane Patrick and her husband, Massachusetts Governor Deval Patrick, will be on hand for the historic naming ceremony.

Then, at 4:00pm, Gov. Patrick will join Assemblyman Hakeem Jeffries at Common Grounds café, on 376 Tompkins Avenue, to talk about his powerful new memoir, A Reason to Believe, which tells how he overcame great obstacles to become the first Black Governor of Massachusetts. 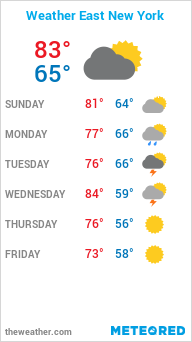